Full day excursion to lake Balaton and visit 3 different towns by the „Hungarian sea”. After departure from Budapest We visit Veszprem, which is the Town of Queens. We enjoy a nice walking tour in the city centre then We proceed to Csopak where you can enjoy your local lunch with wine tasting.

After lunch we leave for Tihany, where you can admire the beautiful view of the lake Balaton and the famous Tihany Abbey. After visiting the Tihany Peninsula we proceed to Balatonfüred where you can enjoy the busy centre and its marina by the lake.

At the end of the tour we return back to Budapest and the tour ends in city centre back to the hotel.

Description of the tour:

Meet your local guide in the lobby of your hotel and take a full day excursion by bus to the Hungarian sea. Lake Balaton and its surroundings is one of the most beautiful part of Hungary. During this tour We take you to four different towns by the Balaton area. 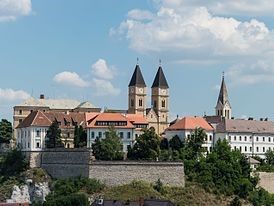 First, We travel to Veszprem which is the one of the oldest urban areas in Hungary, and a city with county rights. It lies approximately 15 km north of the Lake Balaton. Here we take a 1,5-2 hours walking tour in the centre, where We show you the main sights of the city such as: 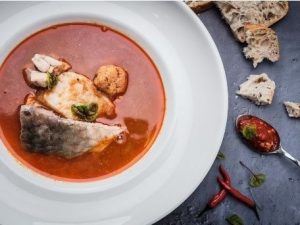 After visiting Veszprém, We proceed to Csopak village which is famous for its wine and windmills. Csopak is a village with the most beautiful location on the northern shore of Lake Balaton. In Csopak We take you to a local restaurant where you can enjoy different local dishes, such as fish dishes with wine tasting. 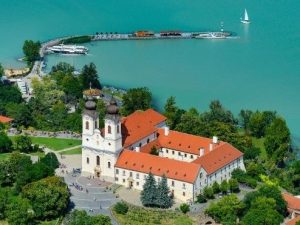 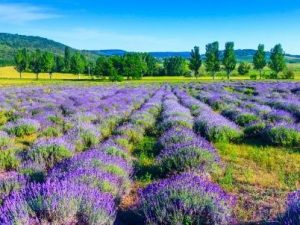 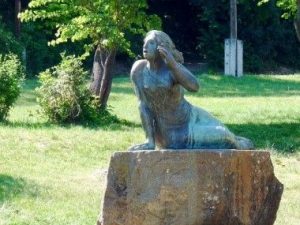 After a delicious lunch We proceed to Tihany Peninsula with the breathtaking view of the lake. Balaton, the largest shallow lake in Central Europe, was formed by tectonic sagging around 25,000 years ago. Tihany peninsula divides the lake into two basins.

Beside geological features, the peninsula is famous for its exceptional wildlife: the area became the first nature reserve of Hungary in 1952. The archaeological findings of the area show that the peninsula has been inhabited since prehistoric times

The ancient Tihany village was founded in the Middle Ages when King Andrew I founded here in 1055 a burial-place for the royal family and built a monastery, where Benedictine monks were settled. The Abbey of Tihany was authorised in the 13 th century to issue official deeds. During a 1 hour walking tour We show you the main sights of the town such as: 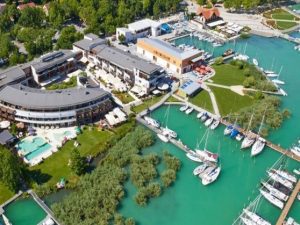 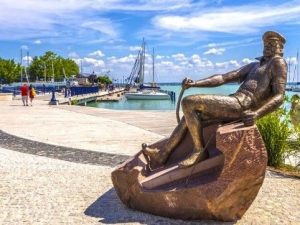 Balatonfüred is a resort town situated on the northern shore of Lake Balaton. It is considered to be the capital of the Northern lake shore and is a yachting destination.

First and foremost the location of the town captures everyone: tender mountains on the north, the beautiful lake on the south embrace the town, which radiates that special Transdanubian serenity for ages.

Balatonfüred is mainly known by its climate which is very similar to the Mediterranean and its spring waters containing carbonic acid. Even the sun shines somehow more gently here.

Balatonfüred and its surrounding settlements lie in the so-called „Balaton Riviera”.

The town has two marinas, a string of carbonated mineral water springs, listed buildings from the middle of the 18th and the 19th centuries and fine restaurants. It has modern hotels and guest-houses to accommodate about fifty thousand visitors in the summer.

The town has a pier, a harbour, a large camping site and several private marinas.

Visitors come for the mild micro-climate, scenery, the local wine, made of Olaszrizling grapes, and sailing and swimming facilities, as well as to revive the two-century-old tradition of socializing around spas, bathing and vacationing.

During our stay in Balatonfüred We show you the main sights of the town such as: