Discover all the most important sights in the Northern part of Hungary with your local guide during a 8-10 hour countryside tour. Let us show you the main attractions around Eger such as The Archbishopric Charming Baroque City – The Northernmost Ottoman Minaret – and the Thermal Water Valley and Valley of the Beautiful Lady. 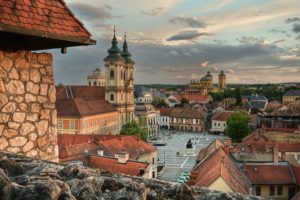 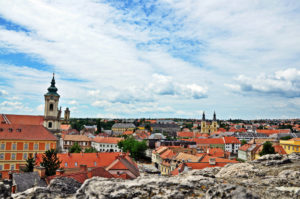 The Castle of Eger, noted for its successful victory against the 1552 Ottoman invasion.

The Ottoman Minaret of the 17th-century. The northernmost Turkish minaret in Europe is 40 meters high and one of only three survivors in Hungary.

The system of cellars near the Cathedral, called the (literally “Town under the town”).

The Baroque Minorite Church (1758–67), is the focal point of the town’s most imposing square, flanked by the Town Hall

The Turkish Bath, commissioned by Abdi Pasha the Albanian

Szépasszonyvölgy (“The Valley of the Beautiful Woman”). A valley which has numerous wine cellars, many with their own wine bar catering to tourists.

Cave bath – you can swim around the whole cave system, there are different sections and small pools 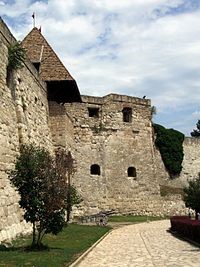 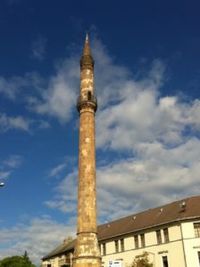 Description of the tour

Meet your local guide in the lobby of your hotel then experience a full day excursion in the Northern part of Hungary. We walk around the town of Eger where visit the castle then We continue our trip to Szépasszony Valley where We have local lunch (3-course menu with 1 mineral water) and We finish the tour at Egerszalók where We can admire an ever-changing geological wonder. During the tour there are several optional programmes just like: -winetasting, museum visits, wellness programme etc. We are arriving back to the hotel late afternoon.

Eger is known for its castle, thermal baths, baroque buildings, the northernmost Ottoman minaret, thermal water spas and red wines. Eger was formed in the 10th century by the first Christian king of Hungary, who founded an episcopal seat and it has been an important religious center in Hungary since then. Eger is the seat of the Roman Catholic Archdiocese of Eger. In 1552, Captain of the Castle and his handful of soldiers were successful in defending the fortress and northern Hungary from the expanding Turkish Empire. The minaret, which was built at the end of the 17th century, preserves the memory of the northernmost point of the former Ottoman Empire. After the expelling of the Turks, the town was under the power of the imperial regiment of the Habsburgs. In 1709, during the first war of independence against the Habsburgs, the leader of the Hungarians and the legate of Czar Peter the First, met here. It must be added that the legate died in Eger and was buried near the Serbian Church of Eger. Eger became the seat of an archbishopric in 1804.

Many buildings were built in Baroque and later in Rococo and Neoclassical style, including the cathedral, the Archiepiscopal Palace of Eger, the County Hall of Eger, the Eger Lyceum (now housing a College of Education) and several churches, while others were reclaimed from being mosques. In 1769 the first medical school of Hungary was opened but it was closed in 1755 because of appoint … the Habsburg monarch’.

However, this is not the only reason why the town with a 1000 years of history worth to be highlighted for, Eger became one of the richest places in art as well as history, its baroque style squares and streets can be discovered like an open book to its visitors. 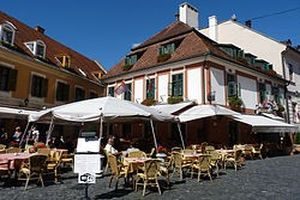 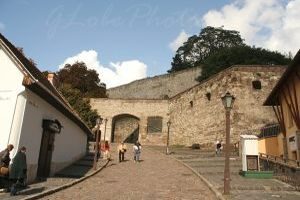 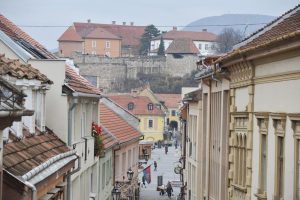 Eger is famous for its wines, most notably the red wine “Egri Bikavér” (Bull’s Blood of Eger).It produces both red and white wines of high quality. The famous and traditional varieties of the region are Egri Leányka, Egerszóláti Olaszrizling, Debrői Hárslevelű (whites). More recently, Chardonnay and Pinot noir wines have appeared. The region’s wines are said to bear a resemblance to those of Burgundy.

Eger also ranks in the top place in Hungary when it comes to the thermal bath culture it has to offer. We can find the authentic Turkish bath.

In the Thermal Valley we can visit and enjoy hot thermal water spas while admiring an ever-changing geological wonder: the Sódomb (“Salt Hill”). The Salt Hill is a continually growing rock formation borne of a mineral-rich spring originating deep underground. The steaming water runs down a series of cascades backed and lined with travertine; the gleaming mineral has precipitated from the water as it interacts with air at atmospheric temperatures. The travertine is locally called “salt,” and the cascade of water is called “Salt Hill.” This is very unique in Europe. 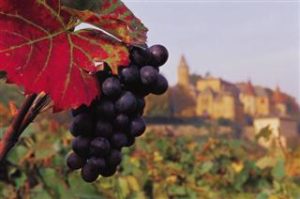 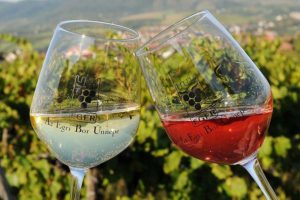 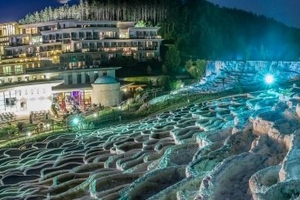